Peter is an artist and a computer generalist, having worked in most aspects of the computer industry including programming, systems and network administration, retail sales and repair and multimedia design. His hobbies include art, cooking, playing guitar, reading, chess, travel and walking.

During our Spring break in 2010, we visited Istanbul and Dubai. Here are some of the highlights of our trip.

Topkapı Palace – photographs were not allowed inside, but we were impressed by the architecture and exhibits including a huge diamond that had been found on a rubbish dump.

Grand Bazaar – similar to the covered bazaar near the maze of shops in Izmir’s Kemeraltı, but on a bigger scale.

Robot Zoo – one of the malls had an interactive science exhibit with robotic creatures.

Dubai is usually a place where we change planes on our long-distance trips. After flying with Emirates several times we had earned a free flight so we stayed a few days in an apartment hotel in Dubai. Peter was ill for most of the trip, but we enjoyed relaxing in the apartment which was bigger than our home, swimming in the rooftop pool and exploring the neighborhood.

We spent 2 nights in Hamburg on our Denmark/Sweden/Germany holiday. During our full day there we visited Miniatur Wunderland.

That evening we ate hamburgers in Hamburg. The next day we took the train south through Hanover where we stopped for a few hours. One of Peter’s great-great-grandfathers came from there. We also stopped to change trains in Frankfurt where we ate frankfurters.

We stayed for the remaining four nights of our holiday in Stuttgart. There we enjoyed visiting the gardens and the natural history museum and exploring the city.

We took a day trip to the Altensteig in the Black Forest and spent the afternoon with Peter’s business partner and his family.

I went to Amman for a two-day business trip. The work finished early and so I got to enjoy a tour of the Jordan river where Jesus was baptized and the mountain where Moses viewed the promised land.

Three adult fares and one almost adult fare halfway around the world and back again cost more than our rent for the year.

We landed in Auckland earlier than expected and went into the central city to do some admin stuff which took much longer than expected. We stayed a couple of nights in an apartment and did some more admin, exploring the city and meeting with friends.

We then bused to Hamilton for a few days with Edria’s family.

We took the train to Palmerston North for a weekend reunion with Peter’s family, picked up one of Peter’s parent’s campervans and then spent a few more days exploring the Manawatu.

We spent a weekend in Hawkes Bay with Peter’s sister and her family, then traveled onto Taupo, Rotorua, and Tauranga.

A short visit again to Auckland and Hamilton, then we flew home again.

Prague has hundreds of museums and galleries to visit. We spent four nights in a rooftop apartment that was easy walking distance to a lot of the old city. During the days, we enjoyed exploring the city’s sights and cuisine on our Spring Break holiday.

We first visited Pamukkale in 2000 when we did a tour of the Seven Churches and stayed just one night. It was really interesting to return here with our children and see the restoration that has taken place since.

The travertines of Pamukkale are world famous. The rock formations that have been deposited from the hot springs over the centuries are amazing. We tried to translate the inscriptions at the theatre and spent most of the afternoon wandering around the large site. I don’t remember the ruins of the church and tomb of Philip and the large cathedral being on the tour in 2000.

In 2000, our tour just drove up to the site and there was not a lot to see. Now there is a paid entrance (15 ₺), cafe and gift shop. There were a couple of cranes and many workers uncovering ruins and restoring the city. A Byzantine church with mosaic floors was rediscovered here in 2010 and it has been preserved along with a temple, main streets, and houses.

Near our thermal hotel – relaxing in the hot pools was great – is a city forest. We enjoyed a climb into the mountains until the track got too muddy to go further.

In 2004 we had some Turkish friends who were working in the tourist areas of Kuşadası and Marmaris and we took a trip through Turkey and some Greek Islands to visit them. On that trip we only stayed one night in Rhodes, so we returned there recently to explore it more. 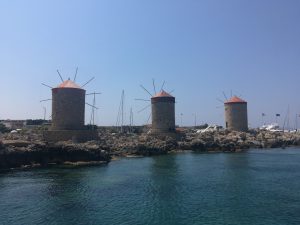 We took a taxi, two buses and another taxi to stay a night in Marmaris. The following morning we took a ferry to Rhodes and arrived in the old fortified city. After lunch, we checked into our hotel near Kremasti Beach. We stayed 6 nights and enjoyed eating in the local restaurants, walking along the beach and swimming in the hotel pool. We caught up on reading and resting. We took some day trips to explore the city of Rhodes, view fish in the harbor in a submarine boat and visited the Bee Museum. 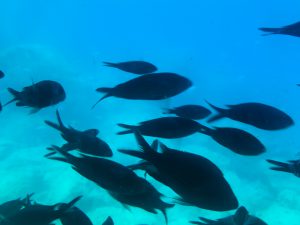 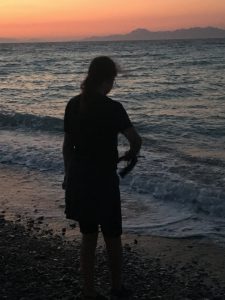 On our return home to Izmir, we took the ferry to Kos, had lunch, did some shopping and explored the historical ruins including a Roman Odeon.

We then took another ferry to Bodrum. After a meal, I returned by bus to Izmir but the rest of the family stayed the night and visited the Bodrum Maritime Museum and returned the following evening.

On ANZAC Day (April 25) in 2008, we had the privilege of taking part in the official commemorations at Gallipoli. It was the 93rd anniversary of the first Australian and New Zealand forces landing on the Gallipoli Peninsula.

A school group we knew from New Zealand were coming to visit us as part of their tour and we planned to join them at Assos for the Gallipoli part of their trip.

We took an intercity bus from Izmir to Küçükkuyu. We then took a taxi to Assos and then found out that our hotel was not actually in Assos, but back in Küçükkuyu, close to where we got the taxi. We did see an ancient Roman road in Assos that St Paul would have walked on during his trip to Troas, views of ancient Assos, donkeys and lots of beautiful wildflowers. 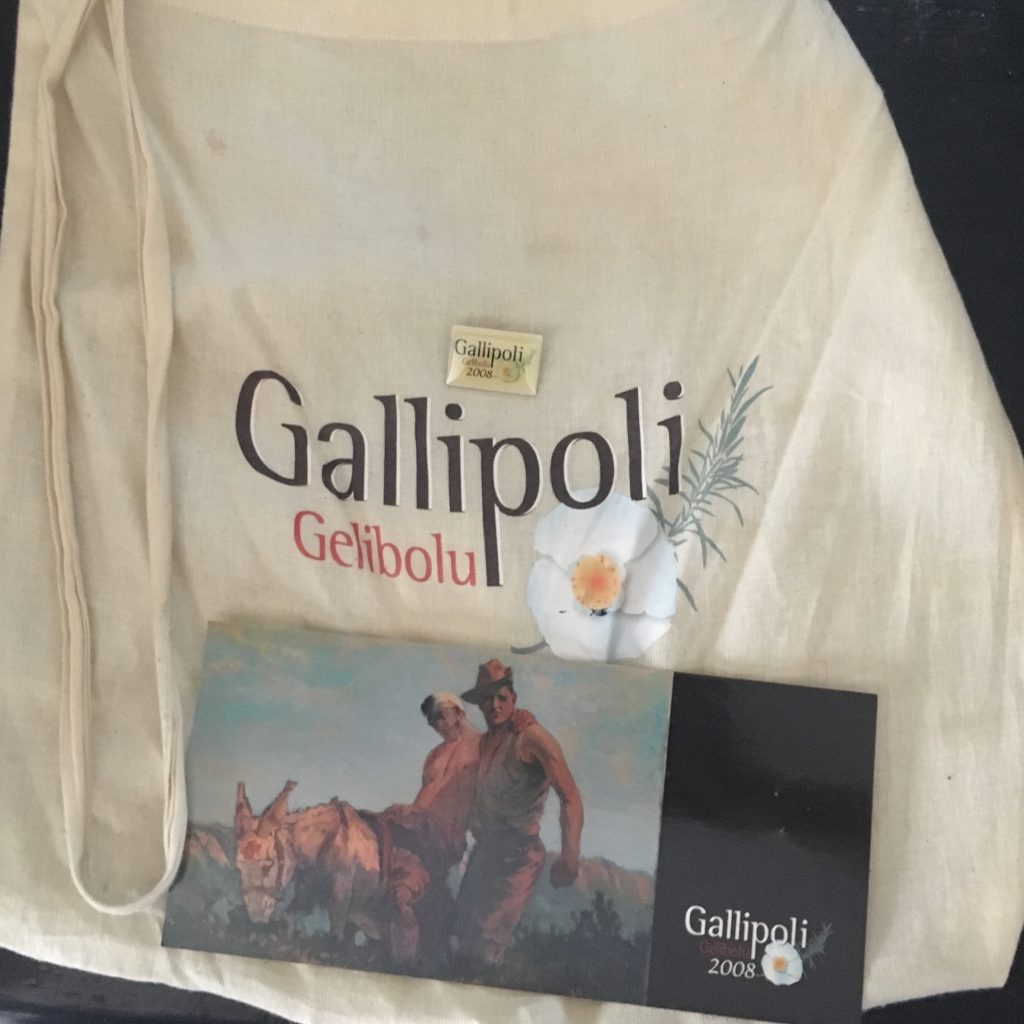 After our detour, we checked into the hotel and met the Kiwi team. They had traveled down from Istanbul via Troy. Being the off-season, we had the hotel to ourselves and a small Australian group. At about 10 pm we left the hotel to travel to Gallipoli, via the Çanakkale – Eceabat ferry. We had about 1 km to walk from where the bus could take us to Anzac Cove. There were already hundreds of people in sleeping bags when we got there and more were arriving throughout the night. We had been given information packs and the big screens were showing documentaries and interviews about the historical battle.

We managed to find a couple of empty seats in the stands and we huddled together under a New Zealand flag and tried to sleep as best as we could. It was uncomfortable and cold.

Just before dawn, some of the geographic features were lit up and the band played, setting the scene for the somber occasion. The crowd was quiet and reflective.

The dawn service took about 45 minutes, with New Zealand, Australian and Turkish representatives all taking part.

An Australian camera crew briefly interviewed me after the service, asking what I thought of the event. We met up with the rest of the Kiwi team and began the walk (about 5 km) up to the highest point on the peninsula, Cannuk Bair. We stopped along the way to carry Ryan (5) and Erin (2), see the trenches and cemeteries and have some breakfast. 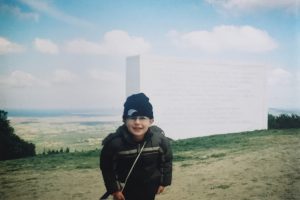 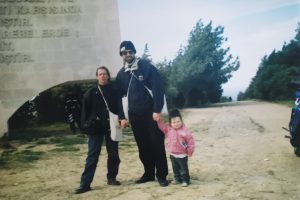 Australia, Turkey and New Zealand had their own commemorative services during the day, but we just went to the New Zealand service. Erin and Ryan both fell asleep during the service. The wind was cold. The sun was hot.

Carrying and holding children during the trek and services was hard going. The whole experience gave us a glimpse of what it would have been like for the young soldiers who came from so far away and fought to birth the nations of Australia, New Zealand and also Turkey in 1915.

After the New Zealand memorial service, we waited with the thousands of other “pilgrims” for the hundreds of buses to take everyone away again. We went back to the hotel, ate and had an early night. 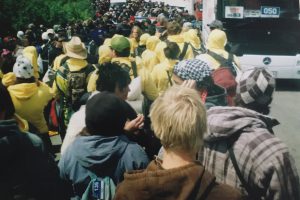 The next morning (Saturday) we traveled to Bergama on our way back to Izmir. We stopped at an onyx factory and saw how they carved and polished the stone. Our children were given the sample stone eggs they made.

Our next stop was the Pergamum ruins – the acropolis above the city. We saw the remains of the temple to the emperor, the steep theatre, the altar of Zeus and the cisterns. We went to a restaurant for lunch after this and then stopped at the Asklepion ruins – the ancient medical center.

In March 2014, I returned to visit Eceabat and the Gallipoli Peninsula to capture photographs for a WW100 project for Woodville Pioneer Museum. You can view the album of photos on Flickr.

For Spring Break 2018, we visited Budapest, Hungary for a few days. Highlights of our visit include: 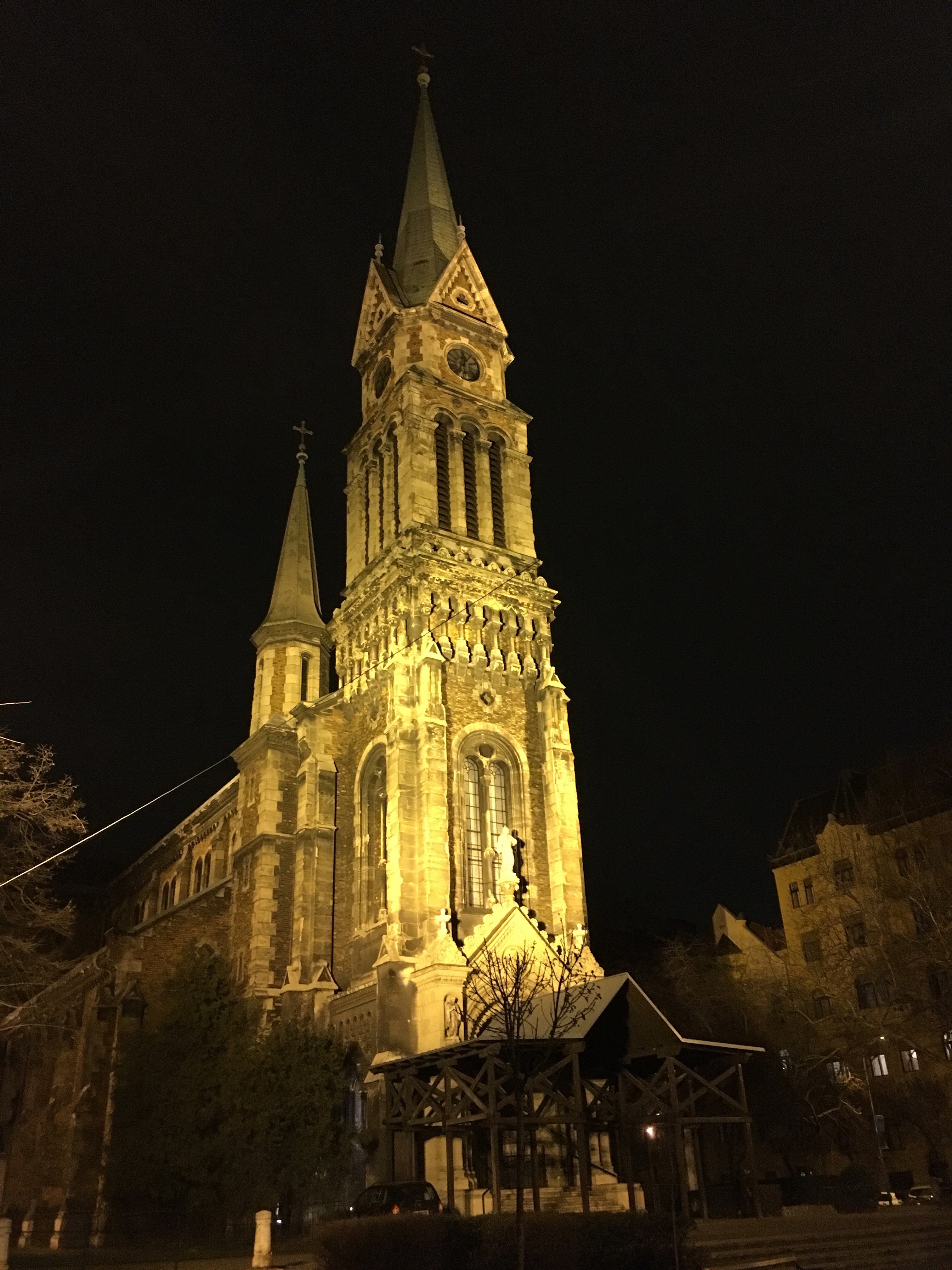 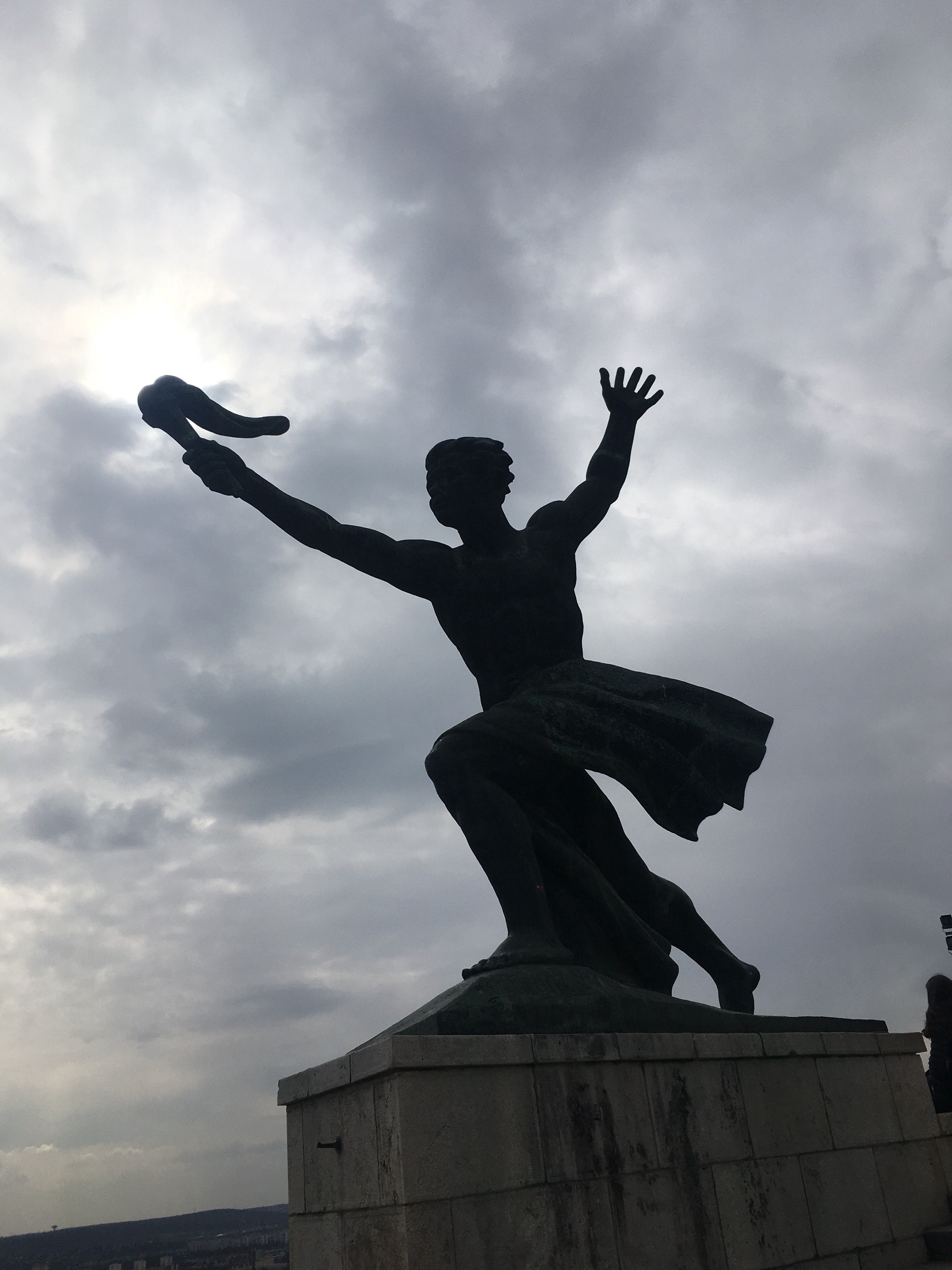 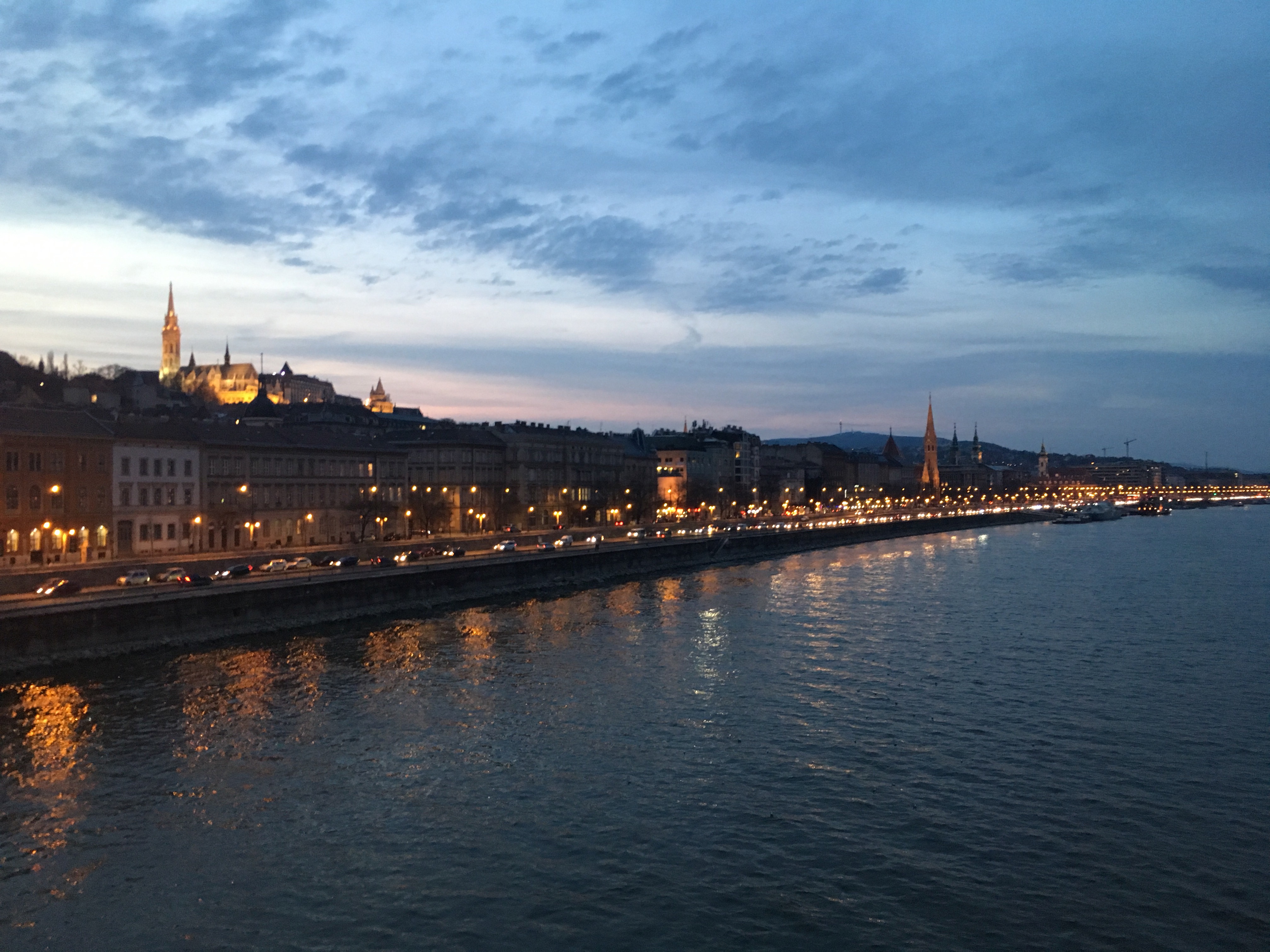 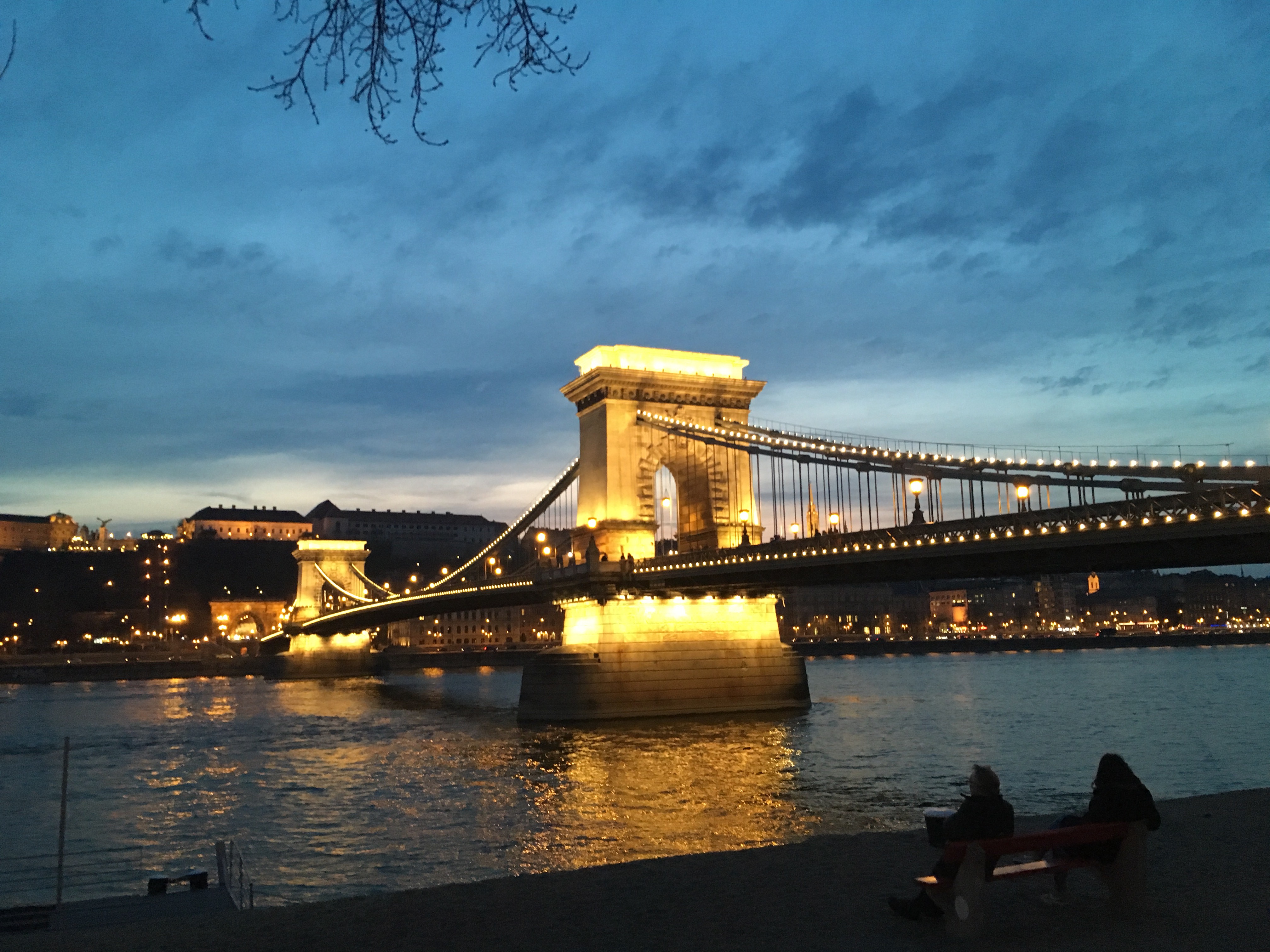 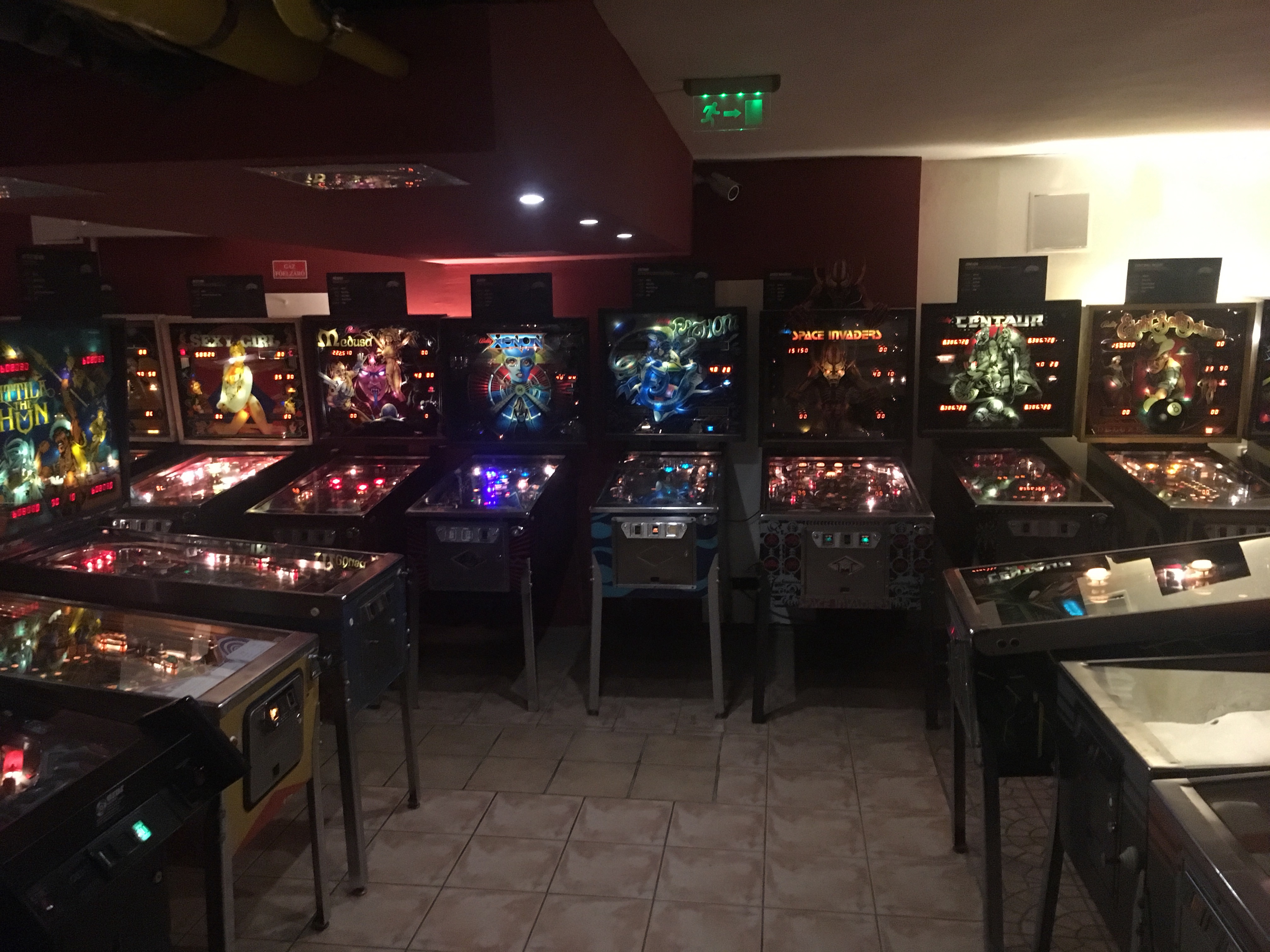 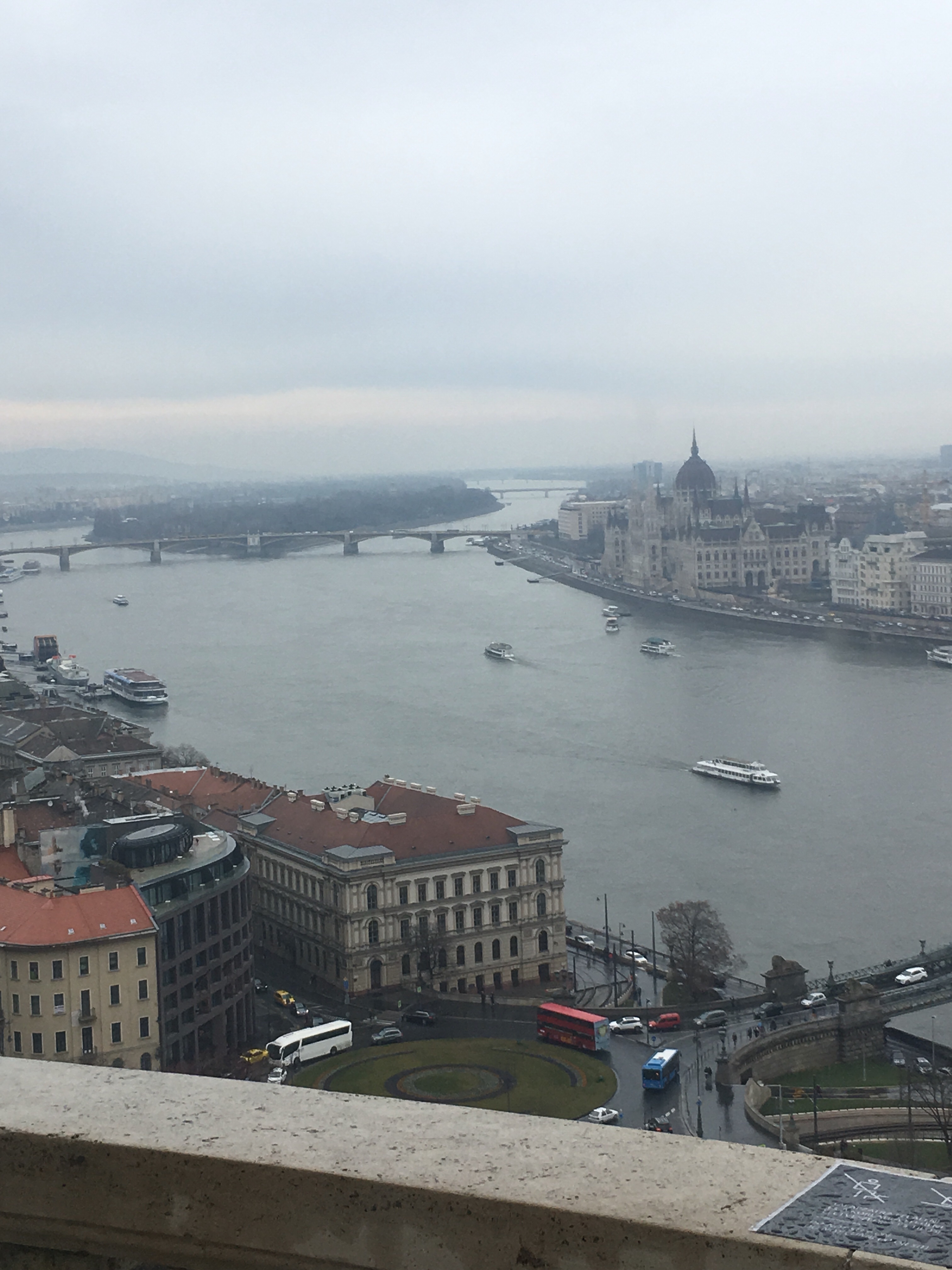